What is the "Squid game"?

The South Korean series "Squid Game" has conquered the world! It was officially voted the most popular series on Netflix.

According to data from Bloomberg, about 89% of people who started watching the series have seen more than one episode, and 2/3 of viewers (or 87 million people) have completed the entire first season of the show!

Why is this project so popular with viewers of all nationalities, genders, ages, educational backgrounds, political and ethical views? 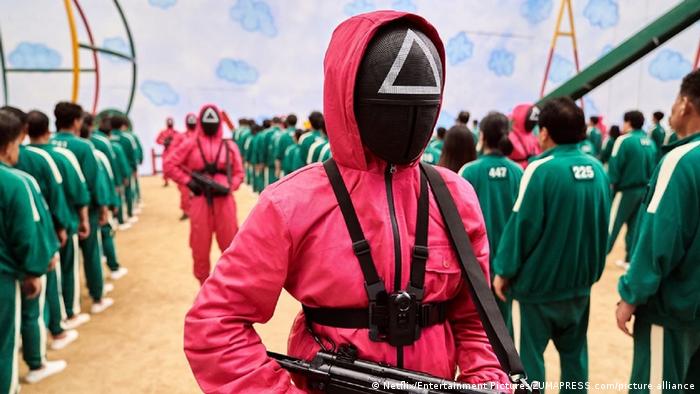 On a remote island, 456 players trapped in a strange building play children's games guarded by mysterious armed pink men with masks on their faces.

The loser is eliminated, in the full sense of the word: he is mercilessly and sometimes extremely brutally killed on the other participants eyes.

The players, however, have come to such a bloody game quite willingly: they all have huge financial problems, debts and are utterly alone.

The struggle for the huge financial reward (which goes to the last survivor) is therefore supported by a number of motivating factors. 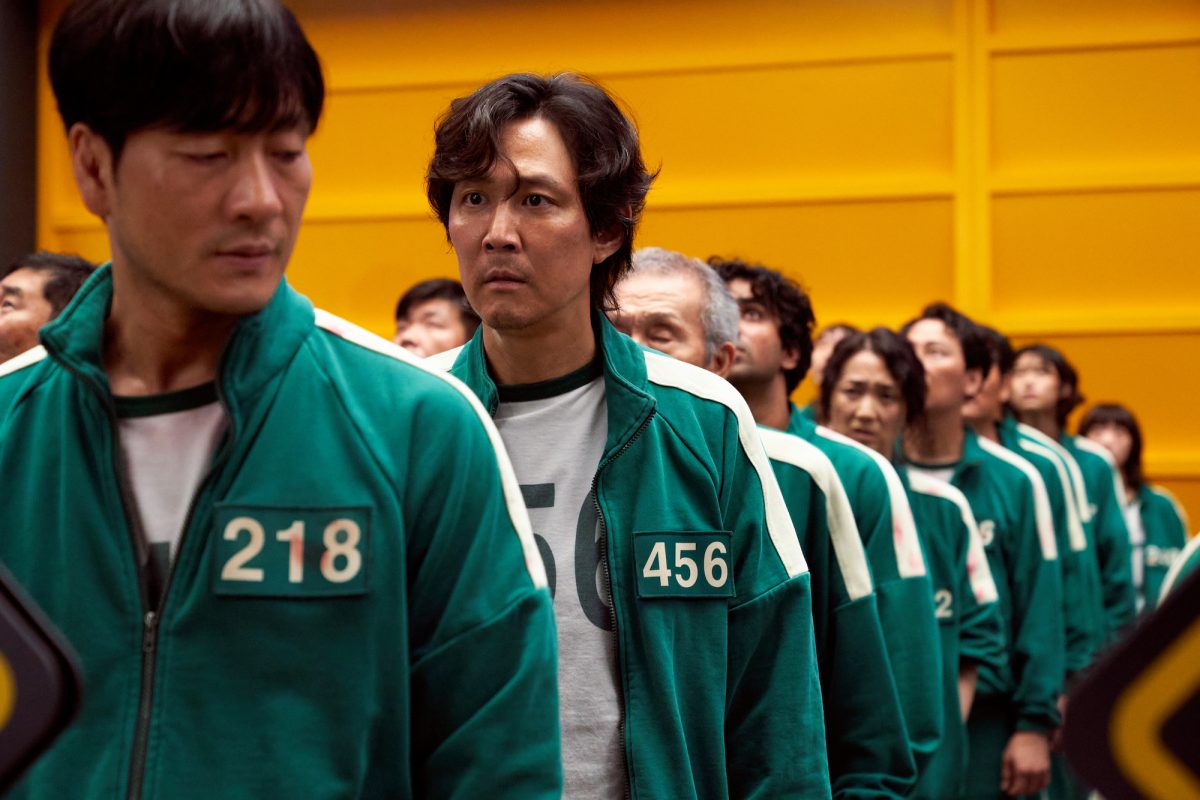 On social media all users talk about the increased naturalism and bloody brutality of the footage (the carnage starts in the first episode and doesn't stop until the finale).

North Korean propagandists have even launched an epic proclamation that the series embodies the despair and futility of life in the neighbouring state and confirms the decay of capitalist society as a whole :-) 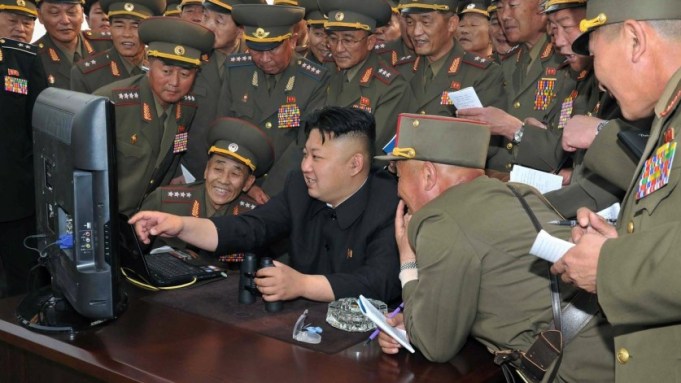 Many parents are worried about their children because of the new series: it is extremely popular among young people.

Children are actively playing games from the series on the streets, but fortunately without casualties.

However, the creator of the project, Hwon Dong-hyuk, says he didn't have to invent the rules of "Squid Game", he just took something he used to play with his friends in the garden as a child.

Even Ki Hoon's (the main character) technique of knocking out candy figurines is Hwang's personal invention. This is how he used to "carve" figurines himself as a child. The night before filming the third episode, the author personally tried the technique to make sure it still works. 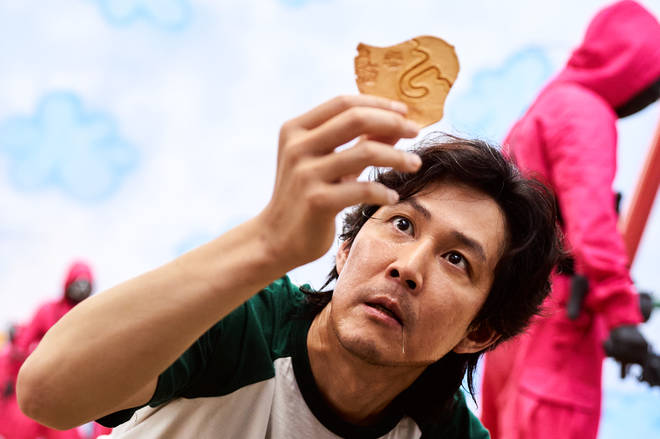 Hwon Dong-hyuk put a lot of symbolism into his work. For example, the men in pink jumpsuits symbolize ants, so the masks were eventually made so that everything about these characters resembled hardworking and docile insects. 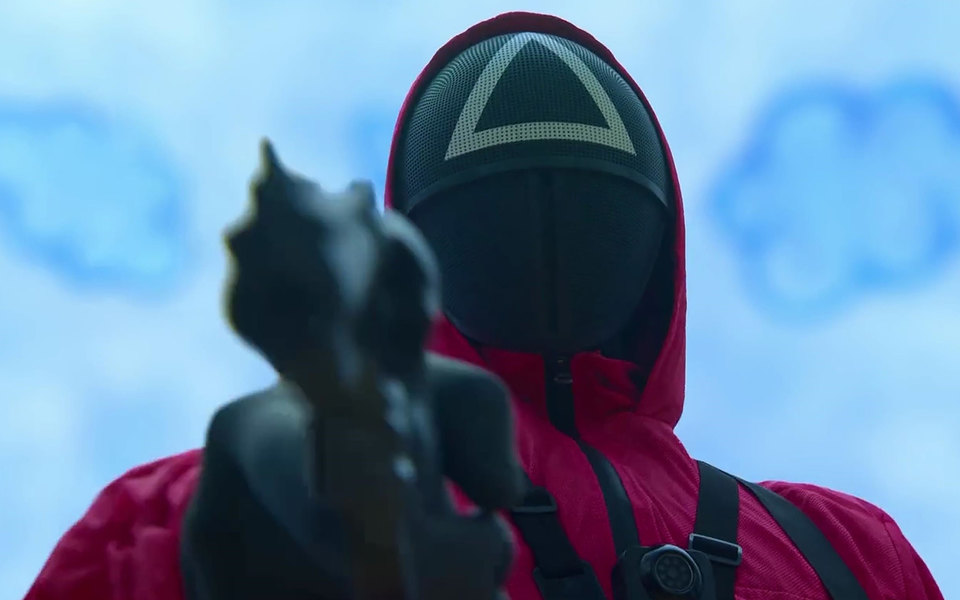 Hwang worked on the story for more than ten years. The last two episodes alone took him six months to write.

He admitted that even for him, the story felt too distant and violent at times, so it was important to present everything in a way that "Squid Game" would find its ultimate audience. He even feared that he would be rejected by Netflix for the show's brutality. 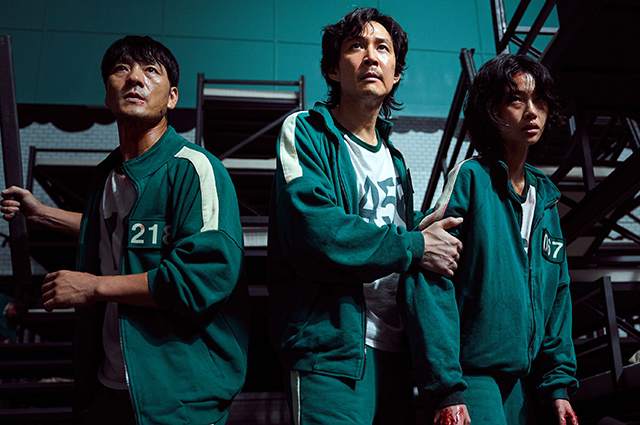 The last episode of the series uses a true story from Korean news. Hwang said he wanted to emphasize how sad the Korean reality is and how the financial situation in Asian countries is really desperate, so the possibility of such a game seems quite real.

Some viewers have commented that the "Squid game" is a Korean variation of Battle Royale, Hunger Games, Saw, or Escape Room that goes out of its way to try to have a relatively adult social overlay. 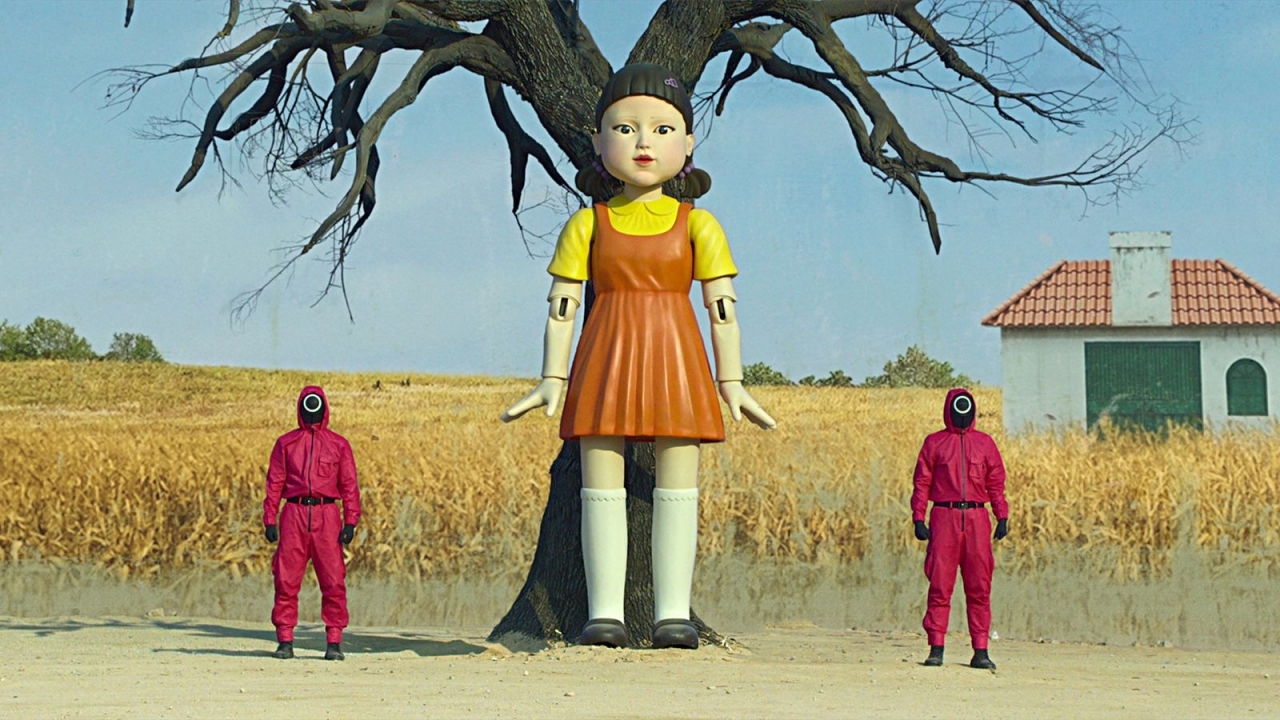 When can we expect a second series? Nothing has been officially announced by production yet, but experience tells us that if a project is breaking records, a sequel won't be long in coming! What's more, the director is already sending out mixed hints of a return. We just have to be patient.

I personally was very impressed with the series. I was so engrossed in watching it that I didn't notice that I watched all the episodes in one night and went to bed at five in the morning...

I highly recommend watching it and going through their quests with the main characters. Who knows, maybe their experiences will save your life one day and help you win a large sum of money. Or maybe not... :-) 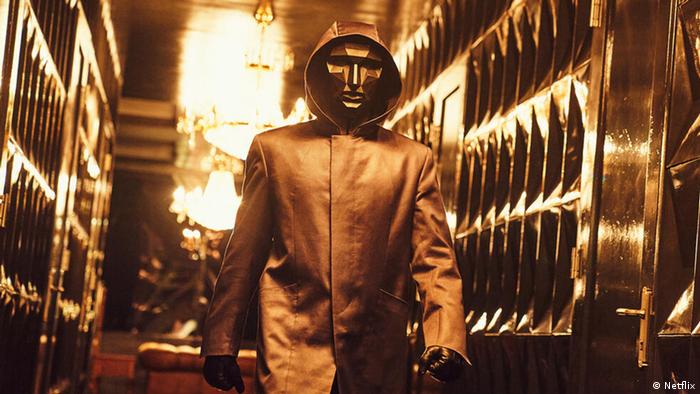 Read also our other articles HERE

What would Hitler say about COVID? The famous parody scene was filmed

7 most common mistakes when creating a comercial